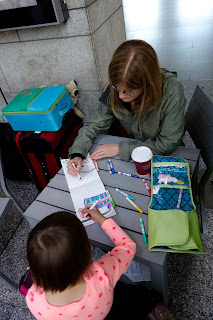 You slept a little on the plane, curled on my lap or Daddy's, arms bent below the thin, navy airplane blanket that I think has been around since the dawn of time. 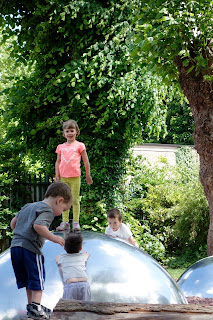 Before you slept on the plane I tried to get you to sleep on the plane by bouncing you in the Ergo, your head forcibly pressed to my breastbone, whispering all the animal noises on Old MacDonald's farm.  I stood between the lavatories, facing the blue curtain the flight attendants drew to give them privacy as they heated tins of food in the galley kitchen.  As I bounced and pressed and sang, little fragments of rainbow light appeared on the curtain, a reminder that we were following the sun.

You have a rash, a constellation of red pimples below the right corner of your mouth so when you squirm and writhe in the stroller because we've walked too much and you've walked too little you look like an angry teenager. 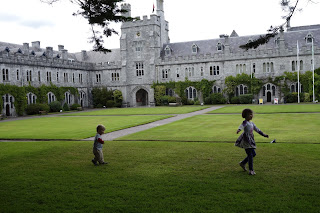 In the stroller cup holder we keep chocolate eggs with fragile pastel shells, Twix bars I buy with the extra money I'm given at lunch, and a variety of different kinds of biscuits.  Bribery has become a way of life.

Lift, flat, trolley, biscuit, hob.  We're re-learning how to say what we mean. 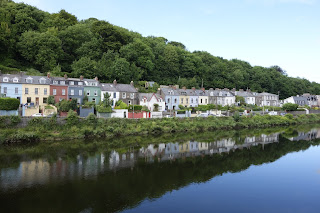 Houses like a row of Necco wafers, repeating in the river.

Everything and nothing about our lives is different here. 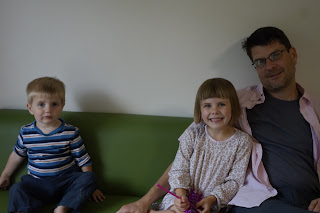 Posted by Kaethe at 1:57 PM No comments: