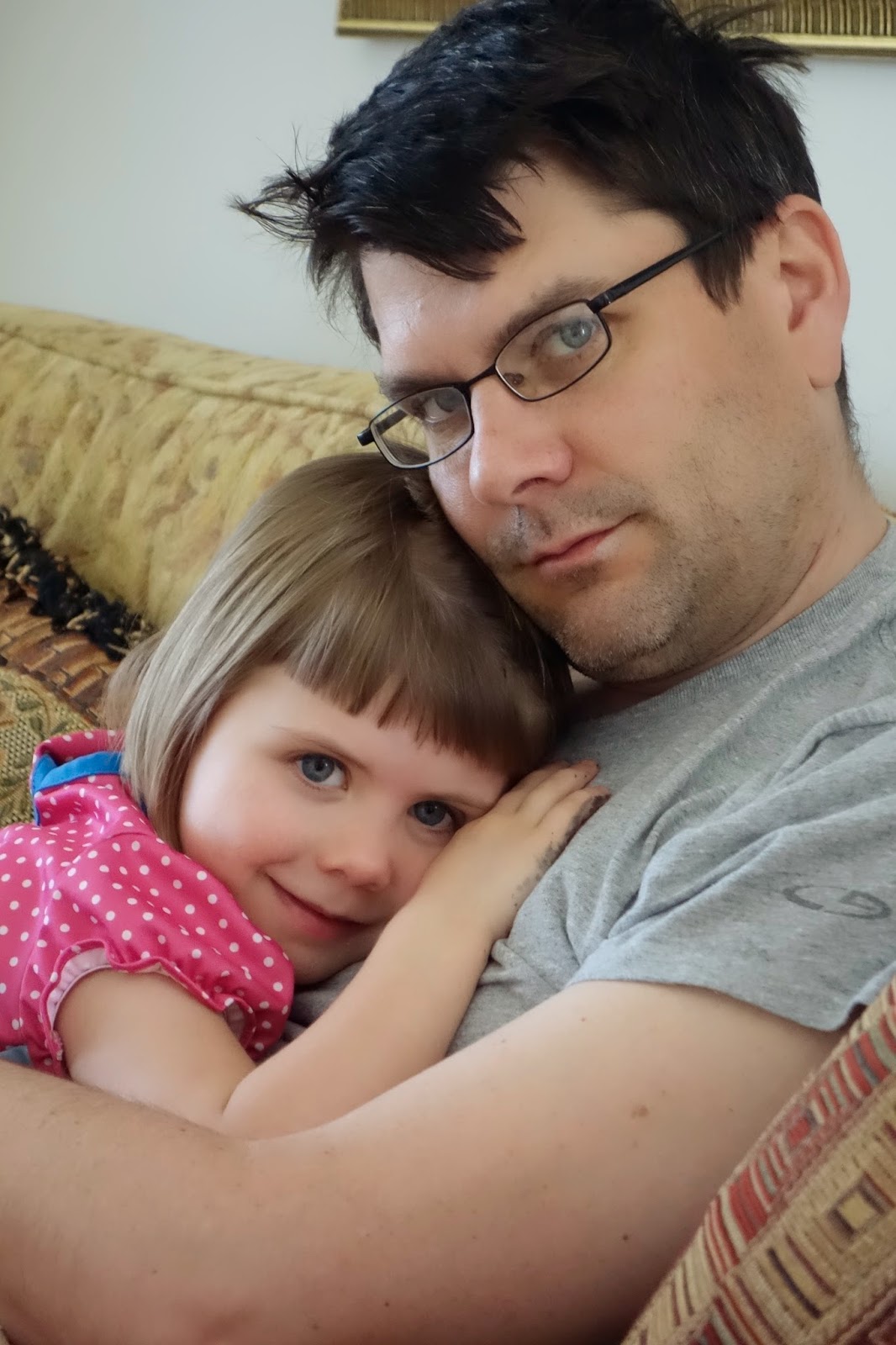 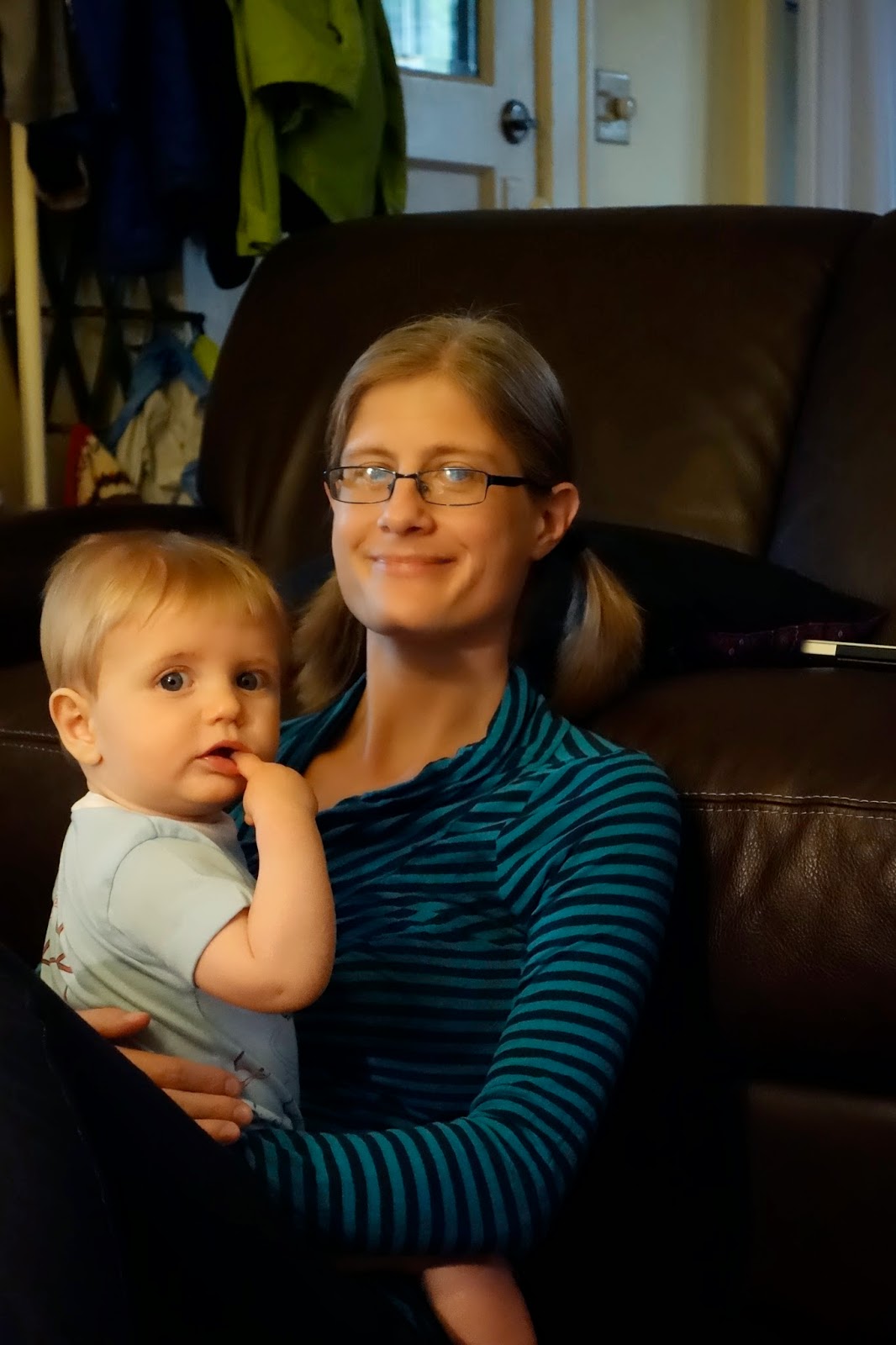 Well, so much for blossoms and butterflies.

Yesterday was gray, rainy, and unseasonably cold.  Thisbe had a playdate in the morning but it was clear (to me, at least) that we needed a game plan for the afternoon, too.  I, for one, did not want to sit inside the house for two hours until the possibility of further diversion (via another playdate) arrived.

"Look," I said to your father, thrusting my laptop in his direction.  "It's an indoor park.  Trish says it's good."
Your father sighed and glanced briefly at the screen; then he returned to reading Redbreast, a disturbingly-named Swedish thriller.
"Should I take Thisbe and you stay home with Matteus or should we all go?"
Your father put the book down on his chest and raised his eyebrows at me. "Well," he said, "I don't really want to go.  And I don't really want to stay with Matteus."
"Do you have a better idea?" I asked, rather archly.
"Well, if we're being honest, I'd rather just have you take both of them."
(Expletives followed)

Two hours later, we were on our way home from the ironically named "Good Times Park."  We'd stopped at Leann Chin's for dinner and let your sister consume only an egg roll and fortune cookie for sustenance.  You are at the lovely stage where you pick up pieces of food and then clench them to bits in your fist before trying to deposit them in your mouth.  There were smashed bits of sweet potato smeared on your face, in your hair, and on the cleaned-only-bi-annually high chair.  The lime green, cherry, and tangerine walls combined with the MSG in the noodles and the still echoing shrieks from the indoor park worked collectively toward inspiring a mild seasickness in my gut.

Our conversation in the car turned to logistics.  Yes, the epic battle of whether it's fair to take the older child away for the weekend leaving the other parent with the baby and the duty of distributing name tags at church on her own.  Thisbe sang made up songs to you and you gurgled contemplatively, your own desire to shriek apparently diminished by your parents' ability to fill in the gaps with similar decibel levels of pissed-off.  We finally reached the Sophie's Choice of logistics in which your father asked, in a raised and steely voice, "Well, what do YOU think is more important, me taking my grandmother to a doctor's appointment or you spending time with your good friend you haven't seen for a year?"  His tone suggested that this was a rhetorical question.  I didn't take it that way.  It was quiet for a long time.

Later we hugged and talked and fell asleep by 9:30.

Today is Pentecost.  The Holy Spirit comes as wind and fire and the disciples are a cacophony of different languages, their incomprehensible uproar enough to make those outside think that they're drunk.

But Carroll Hinderlie, former director of Holden Village, said that the Gospel lives through controversy.  And I believe that too.  It felt strange, on a day when we celebrate the disciples' inability to understand one another, on a day we believe the Holy Spirit is possessed with tongues of fire, that we would think fondly of harmony.

Or maybe I don't want to think fondly of harmony today because sometimes marriage feels like being tiny sailboats on a wide gray sea, on good days anchored and bobbing close and on bad days drifting further apart, visible swells and invisible depths between you.

I don't mean to suggest that your father and I are on rocky ground.  (Really, we're not).  I just mean to say that today I was glad to be reminded that sometimes the Holy Spirit is a whirlwind, a tempest, a deluge, a flood.

Pentecost is the longest season in the church year.  The other two seasons, Christmas and Easter, are intense.  Glittery and joyful and stricken and bare, filled with babies and death, angels and ghosts.  Maybe Pentecost is the longest season because it's the season of the rest of life, the parts where we have to learn to live together and talk to each other, the parts where we're commissioned with hard work, where we're expected to extend love and grace in the middle of the staid gray sea of the everyday. 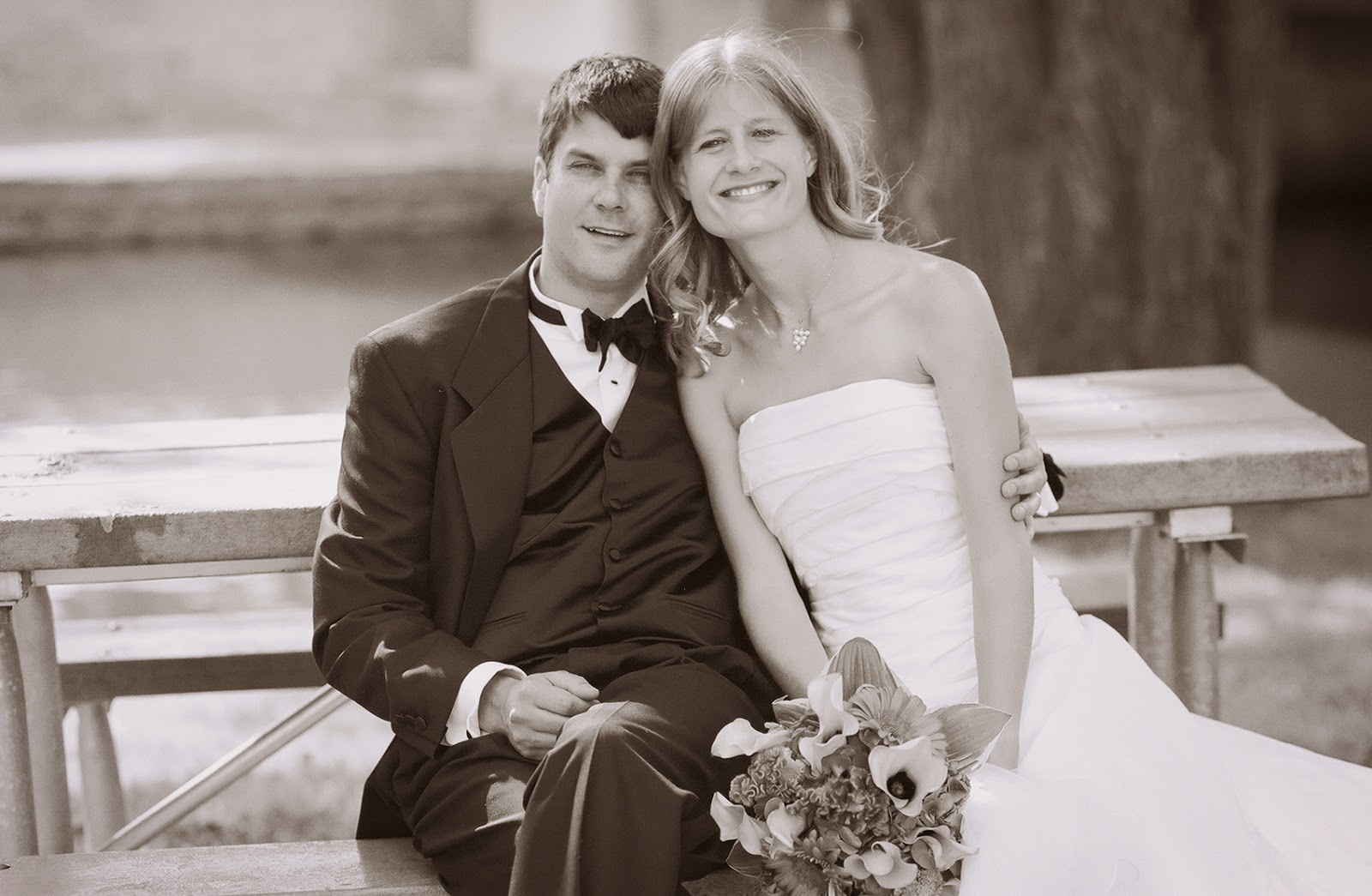 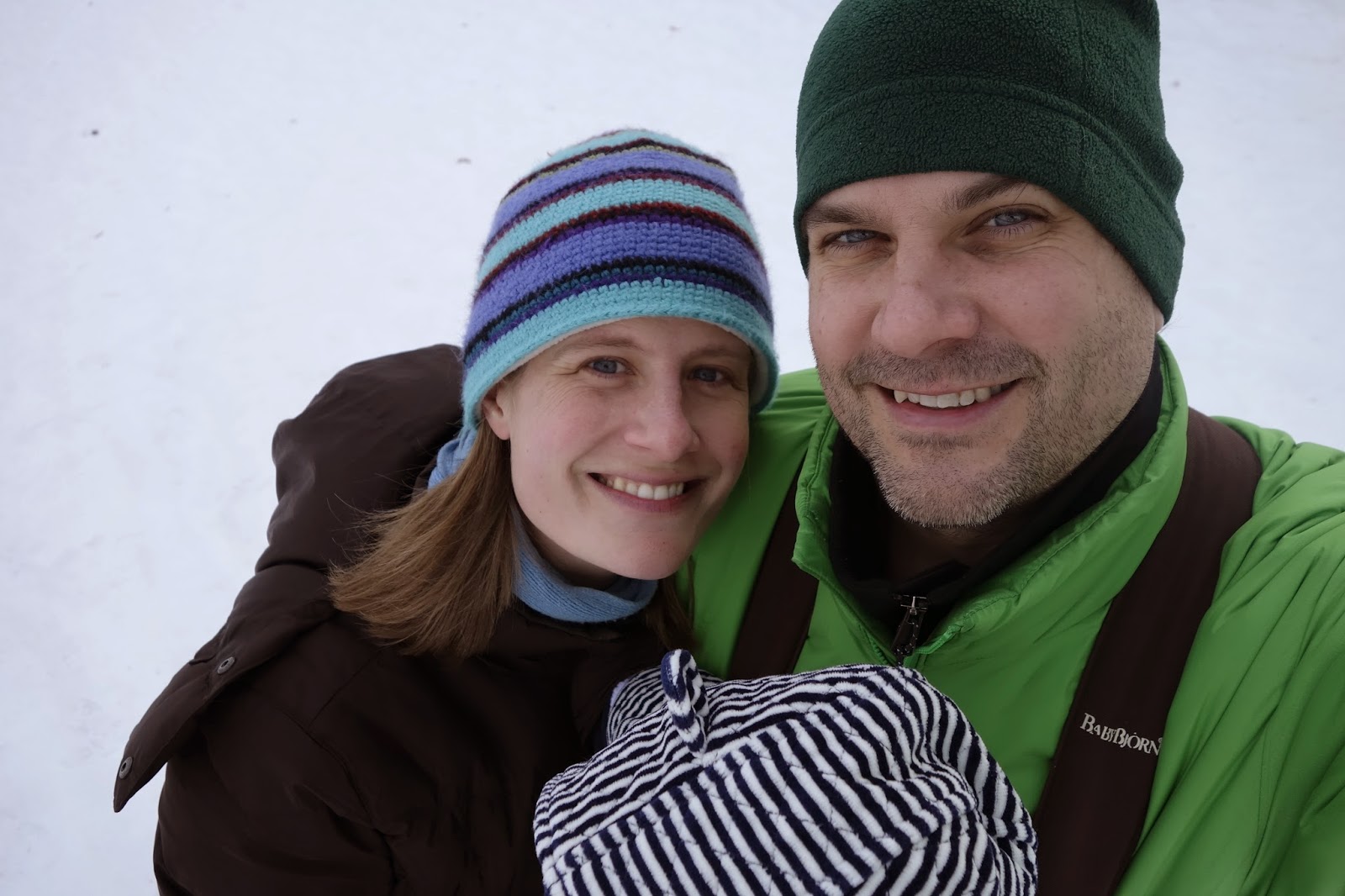 It's been far too long since I've written, sweet boy.  Unfortunately, I haven't written because May was such a crazy month...which means, of course, that there is much to tell.

Summer has fully arrived.  School is done, our grades our in, and the President of Estonia has come and gone (for the Olaf graduation).  We went bowling for Dada's 20th college reunion and Thisbe learned about the slippery joy of bowling shoes and the drama and glory that black lights can offer a four-year-old.  Dada and I got to dine with a group of lovely friends in honor of a book I edited and an equally large group of family members gathered to watch your sister's first dance recital.  We had our first meal of the year at the Pizza Farm and Grandma Gail introduced you to the joy of the piano (and introduced Mommy and Daddy to the names of the plants in our backyard).  Friends from Slovakia came to visit and Nanny Barb officially said good-bye (to being your weekly caretaker, at least).

Then, to top it all off, Auntie Martha gave birth to gorgeous Naomi Dorothy, a beautiful pink-skinned, dark-haired darling whose features are tiny, perfect.  Deliberately and finely drawn.  And on the day Naomi was born, the caterpillars we'd been tending for Nanny Barb hatched from their cocoons and started fanning their marvelous wings...

It is an odd feeling when the truth seems so close to a treacly Hallmark card.  But it has been this way, a little.  For a week our yard was covered in pink blossoms.  It is impossible to think in January that the day will come when the path to your car will be carpeted in petals, when your child's safety belt will click easily into place (without the burden of fifty thousand layers) and when you will go for weeks at a time without wiping a nose or sponging vomit off the floor (KNOCK ON WOOD).

And you, sweet one, you are finally learning to inch your way across the floor on your belly.  Tonight the rest of us stood in Thisbe's room and cheered you as you inch-wormed across the carpet, stopping occasionally to smile grandly.  You still don't make consonant sounds or clap, but we had a person from the Northfield public schools come out to assess you (since it was free and, it being summer and all, we had some time to kill) and it turns out you're perfectly, blissfully normal.  You've also taken to spitting your baby food back in our faces and only devouring solids that you can pick up on your own--the majority of which you then manage to drop on your lap or down the sides of your high chair where it somehow finds a way to brown and rot.  Unfortunately, you still love to shriek and still feel most comfortable clinging to your mother.

You're sleeping now.  The fan is whirring in your stuffy room and your sister is singing "Wheels on the Bus," her garage sale Princess nightgown bunched around her thighs, Dog Do her ever-patient audience.  Your father is at a Twins game with some friends.  It's the bottom of the fifth and the Twins are up, 4 to 3.  And I'm in the living room where I can see the pale sky dimming.  The cool night air is floating in the window and a few birds are still conversing.

I know this won't last.  Not the weather or the health of ourselves and those we love, not even the good health of the earth we're living on.  I have friends who are on the other side of beauty right now, who are living through places of grief and pain, who are moving day by day because imagining an endless unfolding of time is simply too painful.  We will be there too.

But tonight I am simply full of gratitude.  Seeing tiny Naomi, as she was weighed and measured, shaking her tiny, perfectly formed appendages in the new air of our world I was reminded of you and your sister, how when Thisbe was born I wept because she was so perfect and all I could possibly do was to somehow mar that perfection with all of my failings.

When I saw Naomi, though, I wept not out of terror for what we might do to her but out of gratitude for the gift of what she will do, what she has already done, for us. 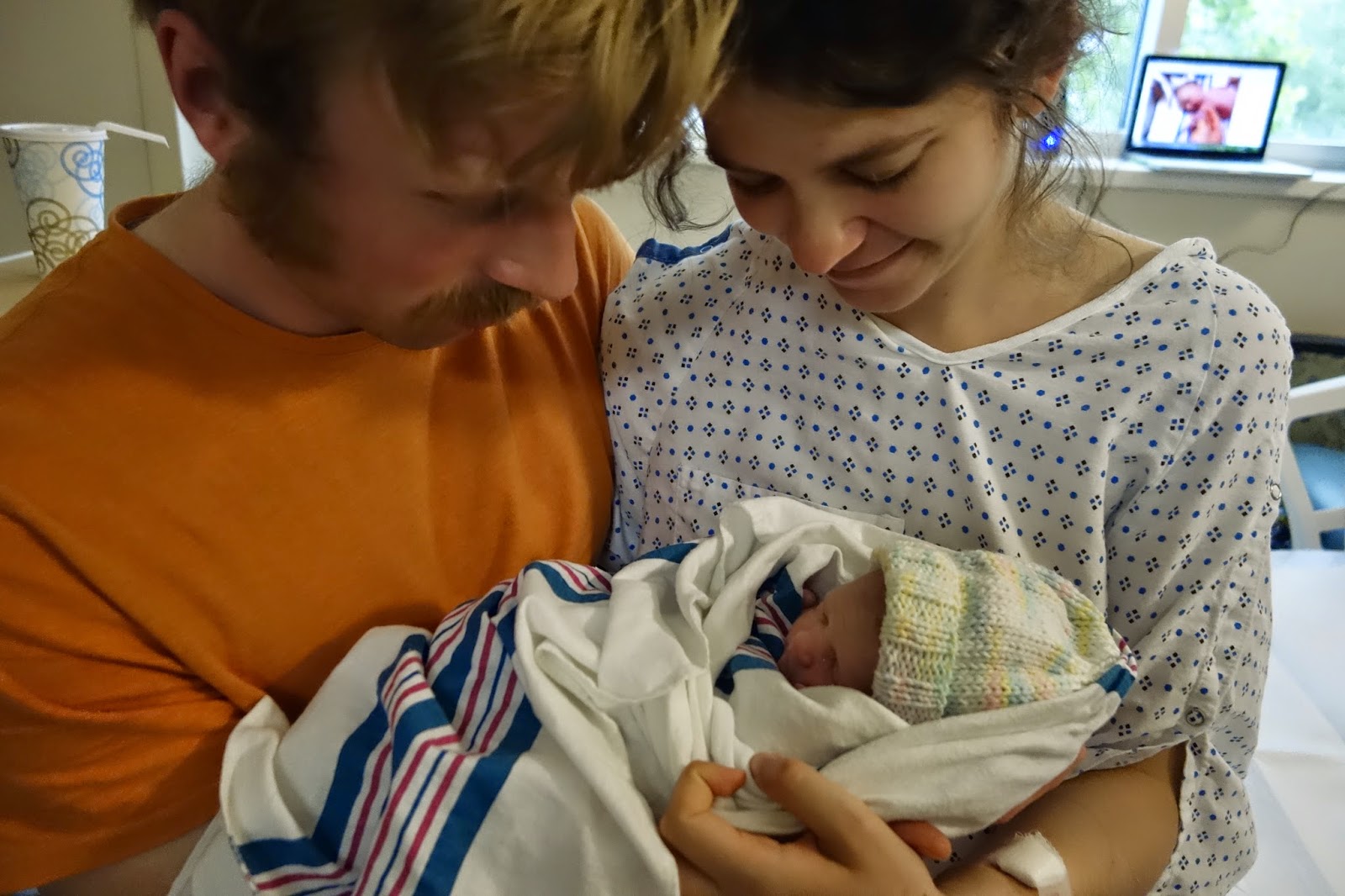 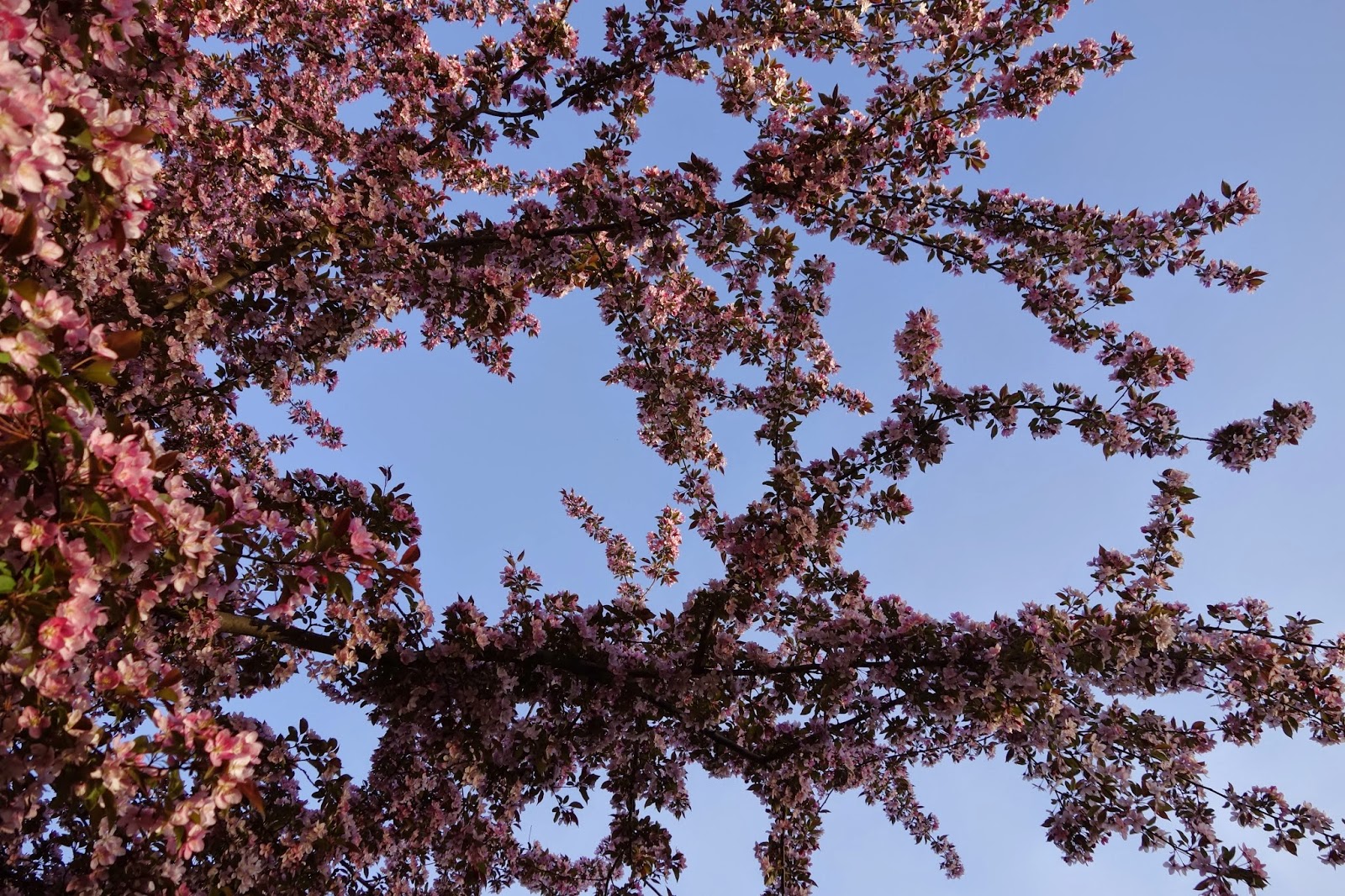 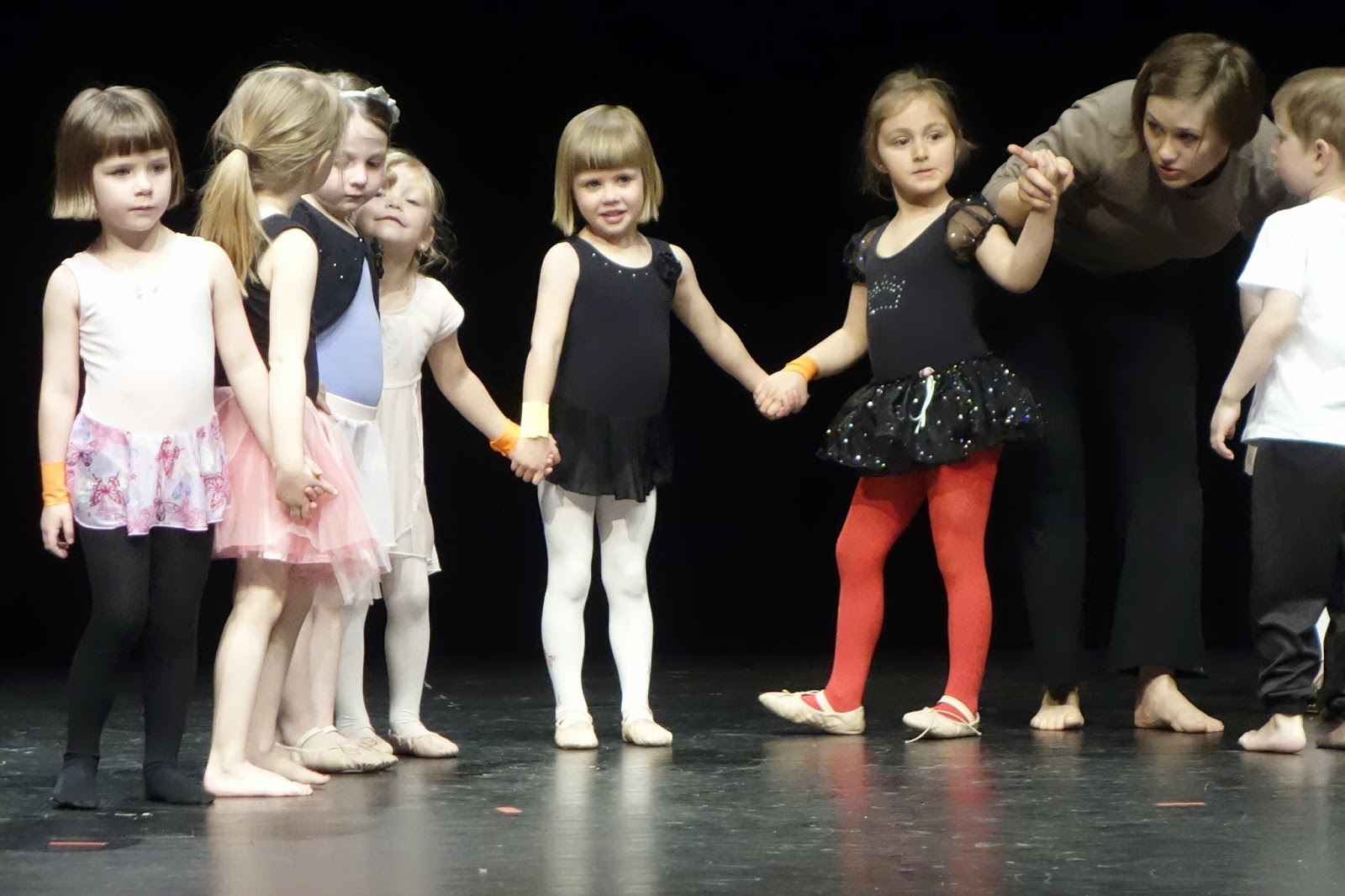 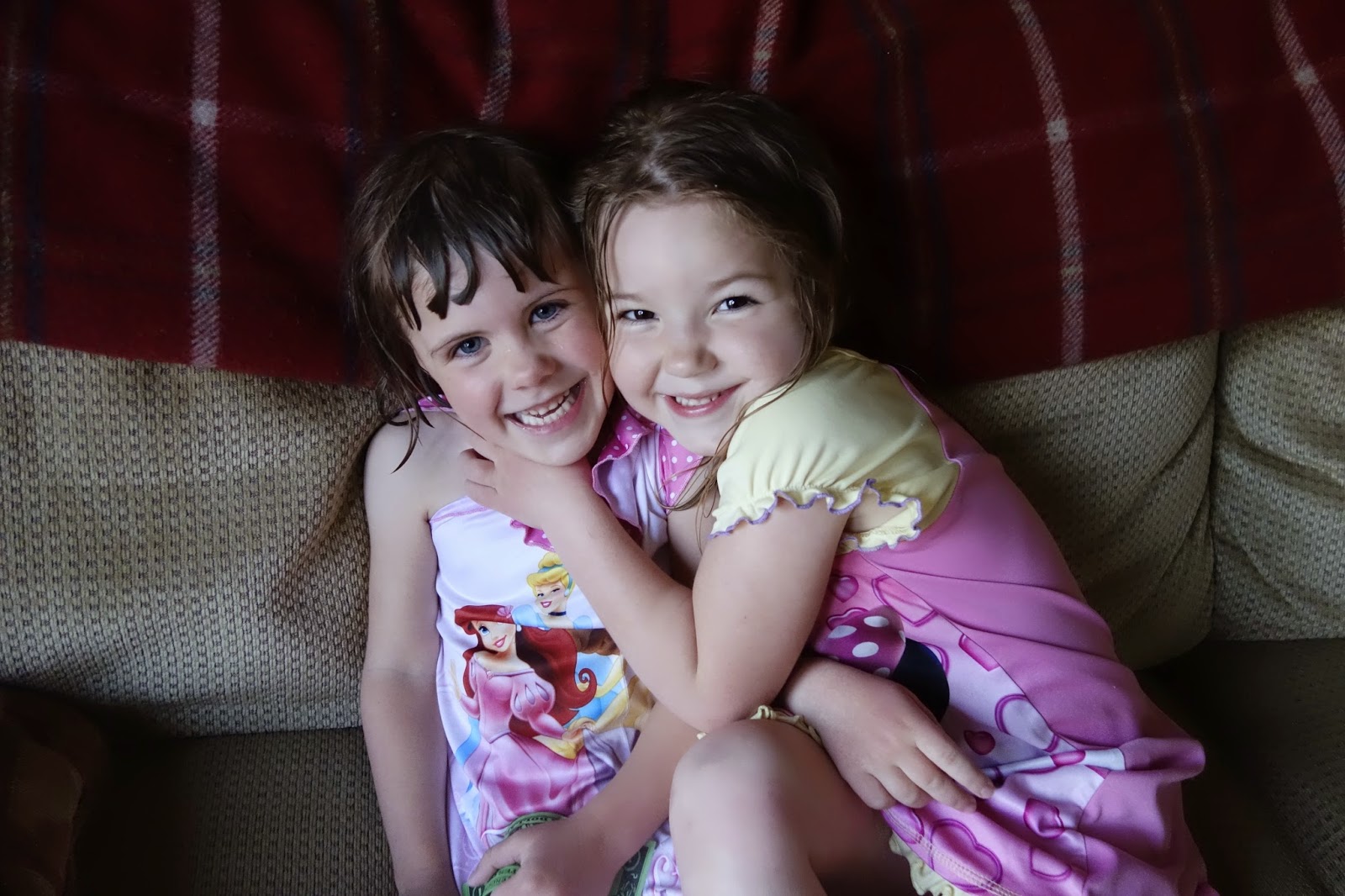 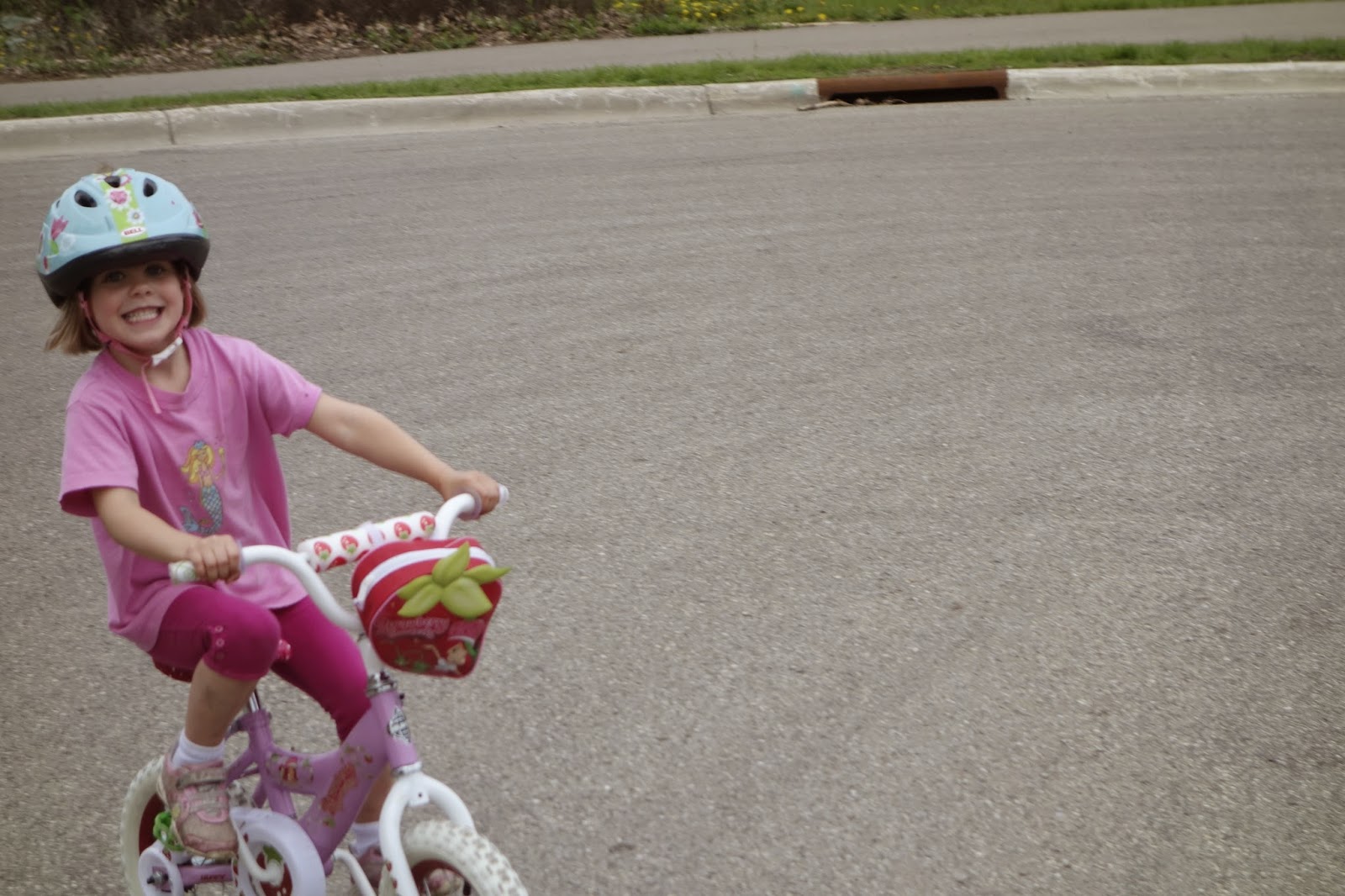 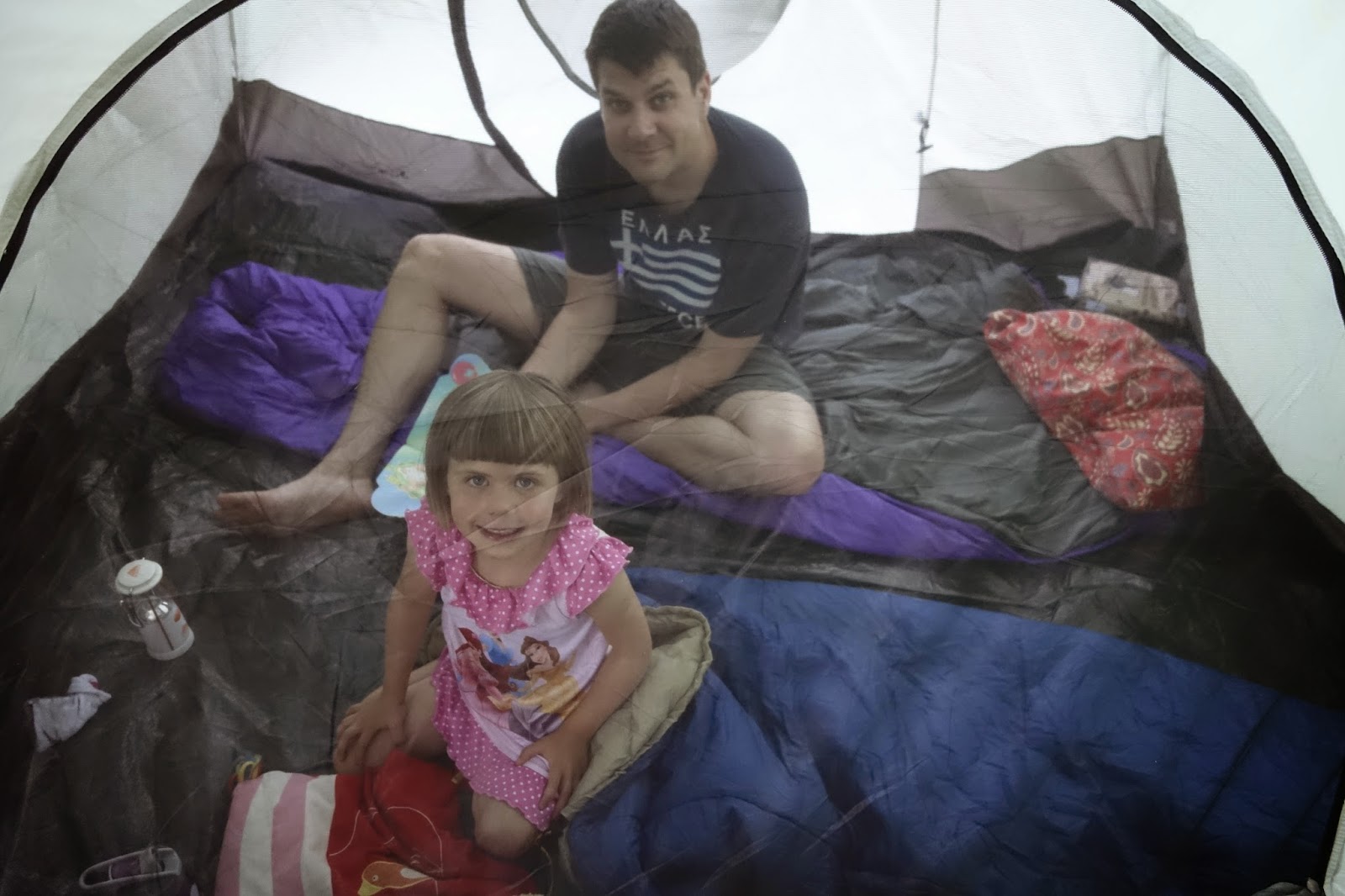 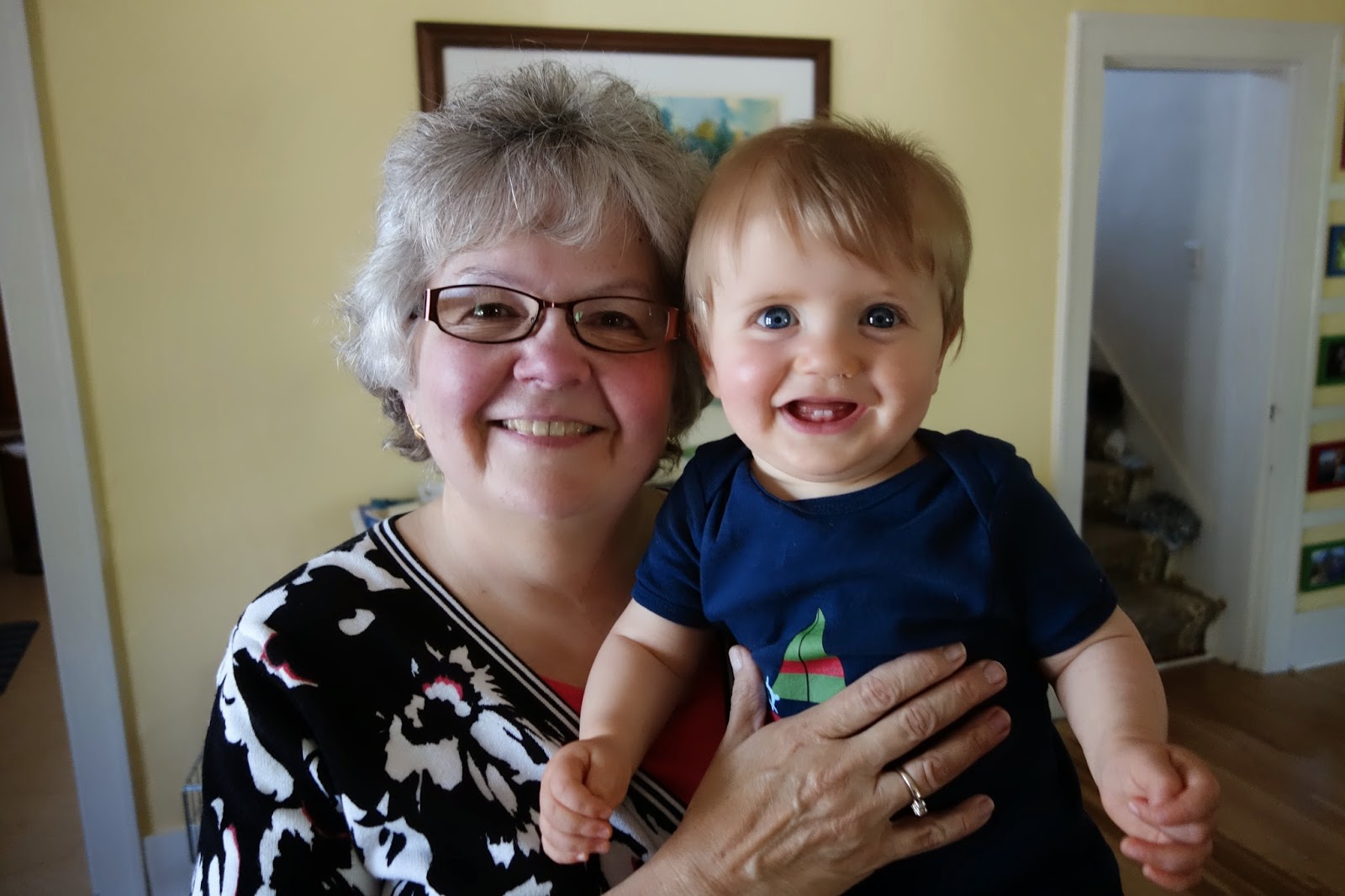 Posted by Kaethe at 7:45 PM No comments: